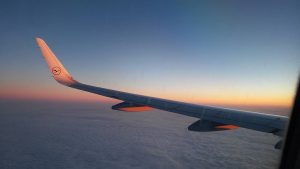 In October, 2016 the long awaited Sinu Mőju project began. Students from three different countries have participated in it: Greeks, Hungarians and Estonians (hosts of the project). We worked on topics such as migrants/refugees – what are the differences?, methods of influence, and the power of advocacy.

The project in total was nine days long, but two of these were pretty much just travelling. We took two flights; Budapest to Frankfurt, Frankfurt to Tallinn and after that a four-hour bus ride was waiting for us. We arrived to our accommodation, a neat yet old-looking building. The whole area was surrounded by lakes and forests.

The workshops started at 10am and were one and a half hour long. In between these tiring programmes we had coffee-breaks, lunch or dinner. Unfortunately there were a lot of dead-times, where ‘officially’ the workshop was still running, but we were already done with our jobs.
The positive thing about these sessions is that we were put into different groups each and every time so even if you were shy, you had to get to know the people who you are working with.
The presentations the teams prepared were brilliant, I enjoyed listening to them. My other favourites were the tolerance day, the simulations and the cultural nights where each country had to prepare a programme for the night in connection of their countries’ traditions.

We also had two ‘leaders’ throughout the week; Christina from USA and Jelena from France. Both of them were very helpful but unfortunately they became grumpy and moody easily. Other than that, I really have no complaints. (Okay, maybe the food).

I am very glad that I was able to participate in this project. I made a lot of new friends, and I got to travel to new place as well. I think we have all learnt a lot during this week. 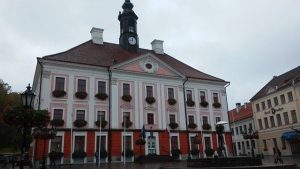