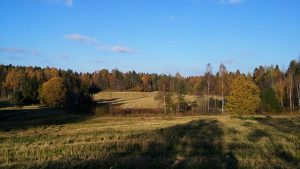 Almost a year ago I applied for a project about the refugees. First the competition wasn’t succesful, and we couldn’t travel to Estonia. But later we get the competition and we could travel. We flew to Estonia, and traveled with bust to the housing. The house was a big and old castle far from Tallin. In this house we lived in small 4 people rooms. The programms at the morning started at 10, and finished at afternoon 7 o’clock, and after the dinner sometimes were team building programms. Every day had a theme, advocacy, refugees, movie making, tolerance, and the erasmus programms. The third day of the project was about the advocacy, we learned about the types of the advocacy: public speeches, demonstrations and the advocacy in the social media, and we discussed what the people can reach with advocacy. The evening of this day was the greek night, we watched videos about Greece and we could try some greek foods. The fourth day the theme was the refugee crisis, we told each othe 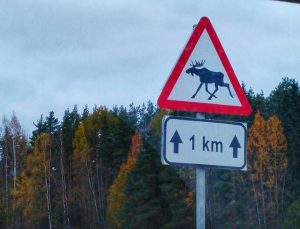 rhow the crisis affects our countries and presented our presentation. At afternoon we played a simulation about how the refugees going through the borders, everybody did the best what he could but the leaders weren’t satisfied. The evening we did the hungarian evening, we brought hungarian foods. The next day we went ot Tartu, there we had freetime. Everybody did what he want, we went to walk in the old town, and we watched the ruined church on the top of the hill, and we checked the market. The all day was free, but I learned a lot about Estonia from my estonian friends. The sixth day was the movie making day, I got the worst team ever, my team mates only spoke russian and didn’t let me to help them. Normally i like filming but I couldn’t enjoy this day. At the evening was the Estonian night we tried the all Estonian chocholats, and danced Estonian dances. The seventh day started with some demonstrations about the tolerance, these were really effective after this we went to hiking. I enjoyed the 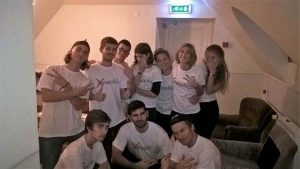 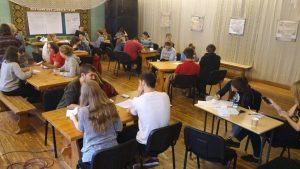 walking in the beautiful estonian nature and it was my favourite programme, but it was to short. The last day we learned about the Erasmus programms and we got help to write the Youth pass. It was my first Erasmus and I felt myself very good during the project. Every night we played games with the greek team and some Estonians these games were very good and very well, we got to know each other. I made a lot of friendship during the project and I learned a lot, and it was a good practise for my english level. The service in the house was really good, I was never hungry and I got to know the Estonian kitchen.