Screenagers – reports about the project from Spileo

“Screenagers. Growing up in a digital age” is an international Youth Exchange about creating better use and taking advantages of the practical opportunities to use internet and media in our day to day life as a very important tool for inclusion and to raise awareness on issues we face daily. It will bring 50 young people from extremely different countries in order to promote European citizenship and intercultural dialogue.”

As the hosting organization wrote: Hellas for Us organization deals with young people to help them develop their talents and skills, giving them opportunities to engage in useful activities. And they made it happen. In the following video You will see some part of the project: Screenagers_2K17_Erasmus+YE

Here are some personal videos about our team: 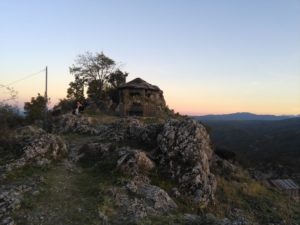 At least but not last You would read from the following reports that our students really loved this project:

“The project we participated at was called Screenagers. It was about “Growing up in a Digital Age“, so we learnt about how to use the internet wisely, for example with an offline day, when nobody could use their phone. We learned how to decide if a public wifi – without a password – was secure.

But it was not about learning new things only. We’ve been isolated for two weeks, “locked” in

a village, in the middle of nowhere so we had to be a good team, to feel that we were real tourists. Two weeks was enough to get to know each other, and at the end of it we felt like we were a family, because of the inside jokes, and because we become interdepended. We learnt how to swear in different languages, lots of tongue-twisters and that you could establish a relationship in English, even if you were not on level C2.

Erasmus+ gives you a lot of plus, because you will realize, that you can speak English if you have not spoken English before. There were lots of presentations, so we had to speak in front of a bigger audience. Most of the people are afraid of the unknown things and people from unknown cultures and places. If you go on an Erasmus+ project, you will recognize that it doesn’t matter where are you from, because everybody is just human. One of most important things is, that you will get a feedback from lots of different people. They would share what their first impression was when they saw you for the first time. It could be a really reassuring thing, in your life.

And after all, if you have found true and amazing friends, the best feeling is when you are invited to visit them abroad because something, that you achieved by yourself. You will get lots of motivations, for example, you will suddenly realize that you can travel to almost anywhere where you want. So, it is four words: you will be addicted.” (Anna Kinczli – MIQN?!)

“To summarize our project we went to a small village in the greek mountains, to talk about the internet, social media and dangers of it, and all that. If look at it from this point of view it was a good project but it could’ve been better if we focus more on these things and less on actually getting to know each other and hanging out.

From my point of view it was a trip more about being in beautiful mountains, and making friends from all over europe. Rather than telling you why did I like it so much, or why should you use any opportunity that you find to go on trips like this I’ll just tell you how one of our days went there, with some personal notes and feelings.

To begin with I’ll have to be honest roommates are nearly always hard to deal with, even more when there are more of them. We started our program like 3 minute walk down from the hotel to the taverna where we have breakfast, we are late like 5 minutes, yet it seems practically no one is there. We have our breakfast quietly , with just a few words, everyone is still half asleep. Then we walk a bit more to a square where we’ll start our morning activity. We do some energizers which are actually really fun, when nearly everyone is into it and trying. Some were so good we played them in our spare time, then half way in the game the greek team shows up. Greeks are late, they sing as punishment, it’s like a part of the mornings. Then we do some name games, or later on in teams create something connected to the project’s theme. We created an actually alternative school (way more than poli 🙂 ), made a cartoon, wrote articles, while we had fun and hung out. Then we had a bit of time before launch, where we didn’t really have anything to do, so we just went back to the tavern and sat down. Personally my favourite was sitting with the italian team. They talked some in italian, then told me what they were talking about, thought me hand moves, and just generally had fun. A 2-3 hour break came after that, when one of the spanish guys and me organized hiking trips, or we just walked away 10 minutes and sat down on a quiet place listened to some music, and watched the beautiful view. Some more ‘work’ came after that like in the morning, then some dinner and then finally an intercultural or movie night, after which we went to watch shooting stars, some fun time, or sat in a room and played cards, while telling jokes, getting to know each other, or held tournaments, for room keys for that night, with everything in it. Some sleep and repeat. Although I personally didn’t really sleep much I didn’t feel the usual tiredness that I have every morning going to school, and even on the first few lessons (or more). The hardest part was the goodbye of course, but if it’s not the last goodbye it’s all ok, and not so heartbreaking (still is tho). So after you read through all this you’ll see I liked it a lot, read some more, or ask some opinion from participants, and decide if you feel like applying to one yourself. I personally wouldn’t mind you not doing that, less competition->better odds of me going on another trip.” (Tamás Král – Guru)

“My latest trip with Erasmus+ was a project called  ,,Screenagers, growing up in a digital age.” It was made for young people to help them understand how dangerous the social media is and how they can use it more safely. One of its main point was also to show the opportunities and help us take advantages of the internet in our everyday life. Now I would like to tell you my own experiences about this thirteen days that we spent in Greece.

After a really long and exhausting journey we finally arrived to Spileo. It was a little village in the mountains with astonishing views and mostly lived by older generations. Everyone was polite and friendly with us. The participants had came from seven different countries (Finland, Estonia, Italy, Spain, Belgium, Greece, Hungary).

In the first few days we played team-building games to get to know each other more. It is always scarry to talk with new people you haven’t met before but these games made it possible to built friendships like we have now. The following days we had different kind of projects, every each was connected with internet and using it.

We always did the exercises in international groups. We usually had to make brainstorms to solve the tasks so everyone could take their part in the work. We made posters and then we had to present our work in front of the other groups so it was a really great opportunity to show our English knowledge and of course develop it.

Every country had to organize a ,,night” when they had to tell some informations and interesting things and facts about their country and the place they live. They also had to show traditional things (like we did, we showed some folk dance), and brought traditional food. We always had so much fun at these nights.

Of course we did something else not just working. In the freetimes we usually went on hiking, played games or just enjoyed each other’s company and talked. During this project we made so many international friendships and this whole group became like a big ,,family”. It also can be thanked to the Greek team who organized this project like the way they did.

All in all it was a lifelong experience for me and I will never forget the time I have spent in that village with this amazing group. I really recommend it to everyone to apply for Erasmus+ youth exchanges because it is useful and you will have the chance to create the best memories in your life.” (Virág Major – Zserbó)

“The project main theme was “growing up in digital age”, this theme is up to date, because almost everyone using a computer, tablet, laptop or a phone, so this is a really good topic nowadays. Also very important for the teenagers, to learn how to protect themselves from the dangers of the internet. For me the programs were interesting, because I learned a lot from this project about the internet. I enjoyed all the cultural nights, but I felt that some of them wasn’t prepared well.

Let’s talk about the members of this project, there were six different country and the Hungarians so seven different country, and all of them were very open-minded and very-very friendly, I had a lots of conversations about good topics, so I also improved my English communication skills a lot. In this project everybody became an open-minded person, and it can take you on the good way in your life, because you get lots of motivation there.

The little village, where we lived was an awesome village, it was in the Greek mountains, this little place could be on a film, because it was really photogenic, everywhere you looked there was stunning view. So I really enjoyed this project and I can’t name any bad situation and of course it was one of the biggest experience that I learned in my life.” (Tamás Sztrókay- Maszk)

“Screenagers. Growing up in a digital age. The useage of the internet. The safe usage of the internet. Such important topics and while you are learning about these you also having the best fun in Greece. Because this is Erasmus +. 7 country, 7 cultures and 54 different people. In two weeks first of all i have learned a lot and i have met the most amazing people, we had so much fun. I miss the place, the tiny village, the gorgeus view and i miss everybody.

It started on the 9th of October. At the first  two days we had been travelling. The destination was Spileo. It is the most beautiful village that i have ever seen. We have done many group work and prezentations about really important and exciting topics. Forexample the addiction to the internet, cyber bulling, creating projects and so on. Of course we played lots of games and went hiking as well. Every night we learned a lot of new things about each other’s country. Spain, Belgium, Italy, Estonia, Finnland and Greece. Theese 2 weeks were really special to me. It was one of the best experiences of my life.” (Kata Mihályi – Maszk)