It was one of the best experiences in my life, I think. When we arrived to Rome, after a very good flight, it was raining. To tell the truth, Rome is wonderful it doesn’t matter if it is raining or not. From there we went to Napole, by bus. Then, a microbus took us to Torre Del Greco.  At this point we just wanted to got in bed and sleep as quickly as we can, so we said goodbye to each others early. In the next day, after breakfast I went to the beach. My heart stopped for a while when I saw the Mediterranean Sea with black sand. In the daytime we played games, to get to know a bit more each others. After lunch, there were some group missions. The best for me was that when we had to sing traditional italian songs with Italian people. My group found an older man, who invited a friend at the same age, and we sang „Bella Ciao” together, and we made a film of it. It was fun! On Tuesday, the professional photographer, Gregory, from Greece, gave a presentation about photography, then we had to shoot some pohotos. I talked a lot to him about how to make a good picture this evening. Wednesday started with a short meditation, after that we had to paint a little picture with our fingers, about a good moment of our life, when we were absolutely and truly happy. In the afternoon our task was to tell a story with pictures. The next day was the most interesting one, for me. We cought a microbus to Napoles, and we went to a house, what was a church, then a prison for mad people. Now, It’s like a cultural house, with a stage. We played dramatical games here with adorable people around us. In the evening we discovered this city and I bought some souvenir for my family and friends. At Friday, we started to work on a bigger project, we planned to show some plays for children in kindergarden (in a library, close to the city center). My group made a cute fairytale, with famous fairytale-stars. In the next day, we went to this library, after that we could talk to some interesting person, in groups. The last workshop was about interwieving people and storytelling… So we had to interwiev a stranger in the street. We met a waitress in a café. It was interesting, but hard. At Sunday, our day was free, so me and the hungarian team went to see Pompei and Sorrento. I saw a lot of historical relics and beautyful views to the sea. In the next day, we presented the plays to children in a kindergarden. It was so cute!

On the last day I wrote just one  sentence to my diary: „I’m crying like hell!”. 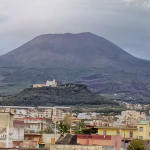 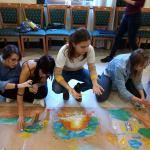 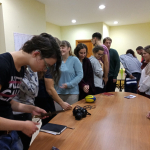 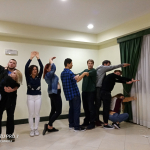 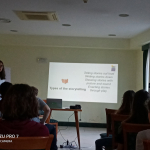 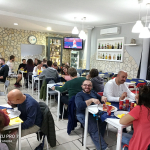 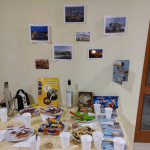 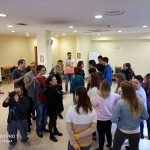 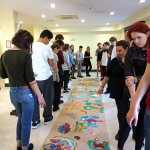 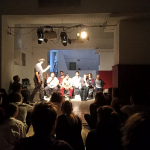 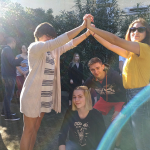 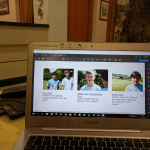 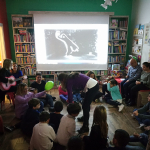 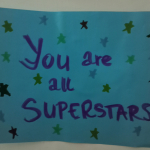