Having grown up in Derry, New Hampshire, USA I was thrilled at the opportunity to participate in the Erasmus+ project called B.E.S.T. (Bringing European Students Together). I had never, ever intended to go to Ireland, or Northern Ireland in my life but this was too enticing to pass up.  I must admit I was overwhelmed with just how great of a city Derry is. The fact that in my mind Derry was in the middle of nowhere and always in the news during the Troubles for the wrong reasons actually made it seem more and more interesting as the project dates approached. But nothing, I mean nothing prepared me for such an amazing time.

The people were as friendly as my all time favorite country, Turkey. They were so incredibly helpful and they put on a program like no other. Our students were not really aware of the Troubles and were flabbergasted to hear that Catholics and Protestants were fighting so much. Our host organizations, R.E.A.C.H Across always has youth from both sides in their projects and our kids simply could not understand how such lovely young people could be worried about violence again coming to Derry as they all got along so well. Edina and I had to explain to several of ours that without the great work of R.E.A.C.H things would be far worse in Derry. It was always strange to talk about this with our young people as all those, young and hold alike, that we met in Derry were so kind, kind from the very bottom of their hearts, not just acting nice when guests were around.

Showing the history of Derry, the Troubles, peace, the up swing due to EU funding has made our participants from Poli far more aware of just what it means to be European.

On top of this, we also were lucky enough to see, and participate in, the largest Halloween parade in the world, to live in what is supposedly a haunted house, to visit amazing places like Giant’s Causeway.

The mark has been set high. We have our work cut our for us to put on such a good exchange when they come to Poli in April. 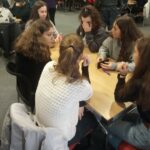 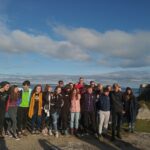 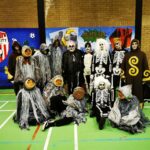 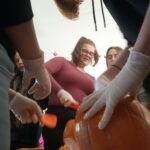 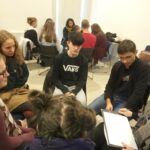 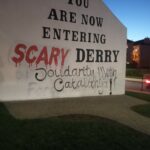 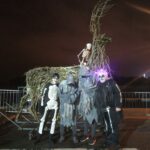 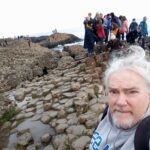