During the 2019-2020 school year our intrepid explorers in the language year set off on an adventure into the cultural diversity that is Europe and the world beyond.  The plan revolved around an eTwinning project set up by a Turkish teacher at the great BAAL, in Istanbul.

Fatma Boztepe created a project called Kiss the Frog, which as you surely can guess is about fairy tales. Not just reading them but exploring them. Students compared various fairly tales from partner countries from Jordan to Hungary, Georgia to France. Each partner chose one tale to present to the others and carry out various activities.

But the first steps were introducing themselves which proved to be quite useful as the students began contacting each other on social media outside of the classroom. In other words, real world communication skills were improved via real world communication! No better way to do it! In all honesty, this was the best outcome of the project as far as the participants every day lives are concerned.

Work carried on during the world wide Covid 19 pandemic as well with students working on a wide range of topics/tasks. Tehy created digital posters of their fairy tales, cooperated on creating a radio play like in the golden age of radio. They had to introduce their schools in the early stages and this lead to the Poli heads asking many questions in our online lessons about various school systems based on what they had learned from their partners. Again, real world communication skills sky rocketed because the students were interested in what they were learning about. Conversing about these schools helped keep the doldrums of on-line lessons at bay.

Kiss the Frog was so successful that Purple Group was awarded the Hungarian national eTw certification and therefore entitled to participate in the national competition in October, 2020. But wait, it gets even better. Not only did they participate, but they placed second in the high school category over all! The fine folks from eTw Hungary came by just before the fall break to take some pictures, pass out our awards and presents. Great stuff all around!

OH, and I nearly forgot, the project not only placed well in the national competition it was awarded the European Union Quality Label !!!!

To top it all off, they have begun created their own new eTwinning project because they enjoyed working with their partners so much. eTw is addictive! 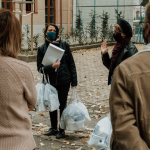 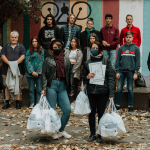 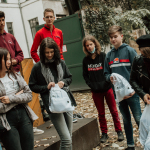 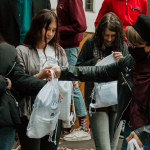 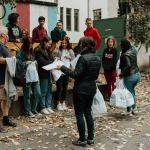 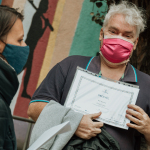 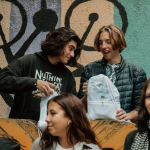 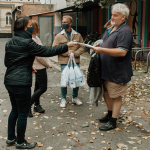 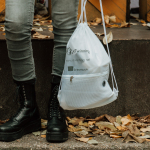 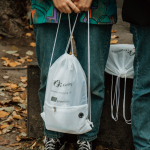 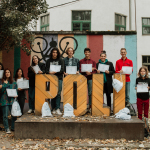 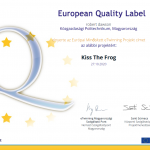