First of all, I really enjoyed the week we spent in France. It was my first time there and it was much better than I had expected. The topic of the program was the Angevin dynasty. We visited several places connected to the Angevin. The city I liked most was Nantes. We had a whole day to discover the city. Angers was pretty good as well. We visited a castle which was really interesting.

I got on well with the Italian and French team. The other two teams were a little bit introverted so I could not really get to know them.

The only problem was that the program was not really well organized. Sometimes we did not know what to do. I felt bored several times because we had a lot of free time and we could not go anywhere. Apart from this, it was a memorable and interesting week and I am happy that I took part in it.

When we landed in Nantes, Marie the French teacher was waiting for us. She told us about the programe of the week

On the first three days we visited Angers which is a very importante city in the Angevin history. Here we met a super friendly guide who showed us the city center, the castle, the cathedral and museum which was originally a church. In the old town we saw a few houses from the Middle Ages.

After that, we went to see a castle in Longueneé and spent the afternoon with our host families. Then we had a day at the school when we were working on the project in international groups and had a walk in the village where the school is.

On Friday  we went to Nantes and had a tour in the town and a really good dinner with the Polish team.

On the last day luckily we had a few hours in Paris to have quick walk and an amazing view from Sacré Coeur.

After we arrived in Saint Gildas des Bois, we waited next to the school for our host families. When each family arrived, they took us to their homes. For me, it was pretty cool cause after I packed down in my room, we went to the ocean. On Monday, we went to Angers. They showed us the castle and the cathedral. The hotel there was also really good. On Tuesday, we had lunch in a fantastic restaurant, then we went to other interesting places. Next day we had another great lunch and in the afternoon we went back to Saint Gildas. The evening was good with my host family. On Thursday, we worked in the school. On Friday, we went to Nantes and we had pretty much free time. The trip was
amazing but I think we had a bit more free time  then we should have. The families and the hotels were good. So overall, it was cool. 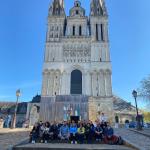 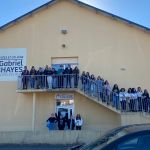 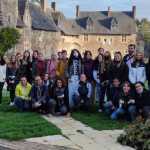 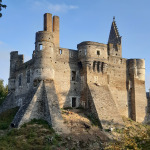 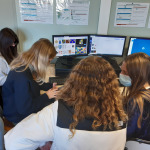 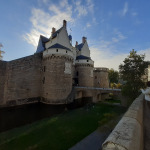 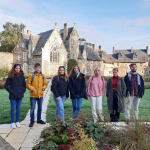 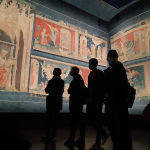 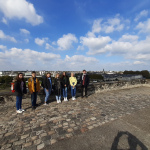