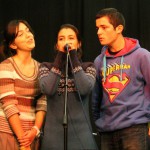 So fellows out there if you’re reading this, don’t worry, I’m not dead (yet), I just don’t have internet, be patient! Probably this will be the longest 9 days of my trip. And all I have left is to sing to myself: ‘What doesn’t kill you, makes you stronger…’ and ‘I am a champion, and you’re gonna hear me roa-a-a-ar.’ 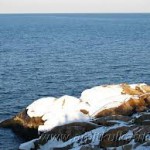 It's snowing in Gerze and it’s cold as well. The landscape now is just gorgeous! The contrast between snowy hills and the endless sea is simply mind blowing. 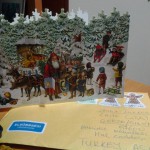 The most wonderful time of the year

. I realized that most of the time I forced myself to think positively, even if it was totally absurd to do. For example when I had a meal I didn’t really like, or it was more healthy than delicious, then I thought ‘I’m so glad, that I will be skinny’. And I did things, that I know I wouldn’t do at home (like tasting meals I thought I don’t like), but at the end it didn't always turn out bad. So I guess it was worth it. And I was philosophizing about much more things also, I just forgot them quickly. 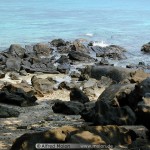 Edöm, come, otur-otur! (otur=have a seat, sit down). She is Bestes father's friend, a women in her late fourties. The point is that she runs a drugstore there. I went in, she offered me coffe and when I said, no thanks, I don’t have that much time, she gave me an Armani parfume.... 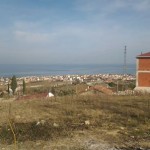 The End is Nigh

I should be spontaneous tomorrow, and in that very moment, when I realized that I’m planning when to be spontaneous, I simply stood up and went on a walk. And it was amazing! I felt such a freedom I hadn’t felt for a pretty long time. I immediately decided to repeat this little trip the day after.

We are now selecting the songs and and İ’ve already found the members for the band fortunately. Our music teacher will play the flute, and İ also found a drummer and a guitar player. Laura and Yağmur (a girl who came to Hungary 2 years ago with Comenius, by the way…) will sing. There is also a guy from the 10th grade who can rap, so we consider that as well 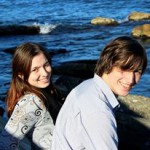 On Thursday, very early in the morning İ was standing in the middle of Gerze bus station with butterflies in my stomach. A bus was coming, it slowly stopped and a familiar face jumped into my arms. Angi arrived. 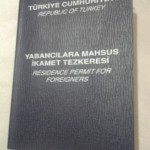 On the weekend, on Sunday morning to be exact, we went to the nearest bakery, but not just the shop part, but the whole oven thingy, and we watched how our breakfast is baked. It was very interesting, and I even spoke with the baker. When he got to know that I’m from Hungary, there were two things he first mentioned about the country. Angela Merkel, and that there are a lot of donkeys. Yes, there are, I replied nodding. 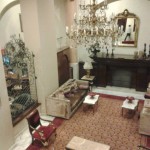 Then I heard our mentor teacher saying “Something is burning.” And then I realized. A little alarm bell started to ring in my head like “oh-oh, it’s a really oh-oh situation.” Suddenly the Discovery Channel turned on in my head, showing if a car’s engine starts to burn, in a minute or two it usually explodes. My only thought was “Laura, if the bus explodes, please doesn’t be on it!” So I jumped out of the bus in a T-shirt and in socks as I didn’t even have the time to jump in my shoes properly. 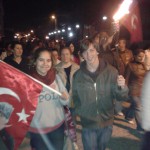 The busiest week ever

Tomorrow we reach a big milestone as the half of our trip went by. I’m really excited about our tour to Ankara starts with Sunday, it’s going to be fun! I love it here, that there’s always something to wait for. And of course I’ll keep you posted! As usual, here’s this week’s useful phrase which I learnt: Ben açım. (I’m hungry.)