The hungarian exchange from the host’s perspective

That was my first experience hosting in an Erasmus project and I learned a lot from it and it was a lot of fun. It had “dark” sides, but everything has.
I hosted two students, an Italian and a Portuguese, both of them were nice and helpful all week. Although I was sick, they always helped me, and they were really understanding, if I couldn’t join a program. The Portuguese girl didn’t speak English, but most of the time someone could translate for her, or we used google translator. It made everything a bit harder, although we dealt with the problem perfectly. It was a problem also because she couldn’t communicate with other students, so I always had to get other students from her country to spend the afternoon together, so she won’t be bored. The Italian girl said she really enjoyed everything, but I think it disturbed her that we couldn’t communicate fluently, although she never told me.
It was a really nice experience, but next time I won’t host two person. It made me exhausted. 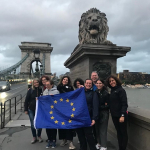 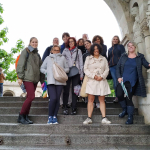 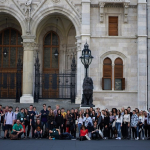 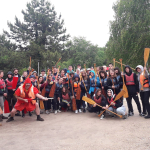 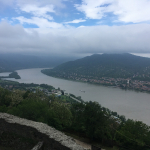 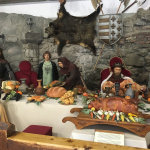 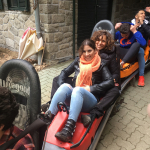 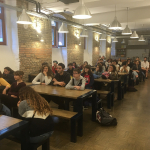 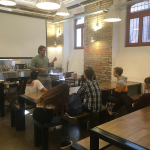 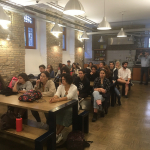 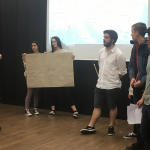 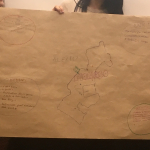 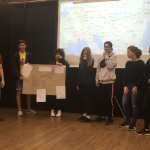 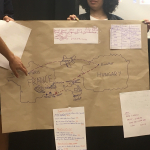 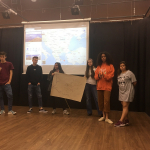 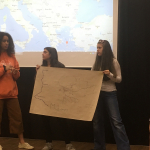 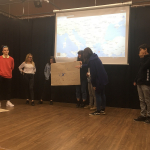 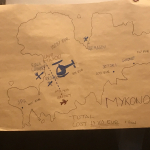 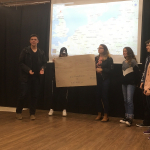 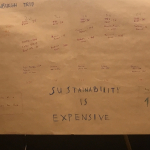 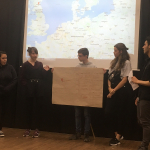 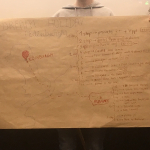 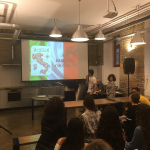 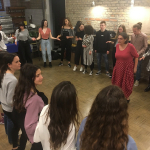 Our program started on Monday, after all the lot of work we did to prepare for this week. First of all we met up in the school. As a warm welcome we served home made sweets. We started with the presentations of each group, then we did some ice breaking activities, it was strange but at least our guests had fun doing it. After they presented their results, we had a common lunch, and we went together to the Hungarian Parliament and the St. Stephan Bazilic. The guests had the late afternoon to spend with their hosts. During our free time me, some of the other Spanish hosts, and a couple Portuguese hosts took our guests to a mall. We did some shopping, ate some food, then played cards against humanity, which surved as a good way for everyone to warm up to each other.

Tuesday was our single most-prepared-for day. If everything went as we planned then we would have given guided tours of Budapest to our guests, in four groups, two in Buda and another two in Pest. The morning’s program went about as well as it could: the different guide teams all arrived roughly on time, nobody got lost, nothing had to be omitted. All in all, the program was a success. However, during the hour long lunch break it started to rain, and since we were already tired from three hours of walking around we decided to postpone the afternoon’s program (which would have involved the guide teams of the different areas switching guests and going their route again) until Friday. After this, some people went home, but a large chunk of the participants both Hungarian and foreign took to the city’s official transport boat for a ride around the Danube. When we got off at Jászai squere, our day was officially over. The different nationalities split up, some deciding to go sightseeing despite the conditions above stated, some opting to visit restaurants or historical places, even more decided to just go home; After all, we had another long day ahead.

Wednesday morning started out as another beautiful rainy day as well. We met at 8;45 on the Déli railway station. At first I was a little bit afraid that we show our guests the typical Hungarian train (old, dirty etc), but luckily we get a really nice one. We travelled about an hour and arrived at Velence. Everyone get a life west and a paddle to their hands, at that moment it became clear that we cannot avoid the Dragon boat race. It was tempting to sit in a cafeteria instead of the Dragon boat in the pouring rain but we were strong and stood up for the challenge. We were split into 3 boats. Thought it wasn’t a real race between the 3 boats, but it became clear that our crew was unbeatable on this day on the Velence lake. We spent about an hour in the boats and got back shore with soar muscles and soaking wet. After this cool experience we spent the 40 minutes which we had until the start of the train in the small Velence mall. We got back to Budapest at around 2pm and spent the rest of the afternoon with our guests in the city. It was a great day.

Thursday we had to wake up really, like REALLY early. AT 7 AM!!! I know, tragedy! It was all cause we had a bus rented that took us straight to Visegrád. Here we had a little trip up the mountain to the castle of Visegrád. We went inside the Citadell, looked around, took pictures than left. Our way down the hill was quite an adventure because of the mud. We all managed to get down safe, but it was a challenge. Our next destiny was the Visegrad bob track. We had a lot of fun there. We ate our lunch there (head sized hamburgers!). Then again we took the bus which brought us to the Palvolgy dripstone cave. We spent inside the cave an hour or so with our lovely tour guide who spoke pretty good English. It was very interesting to see how the water formed the cave throughout a thousands of years. The tour ended around 5 pm. At that time most of the group got fairly tired. So, we hopped on the bus again, went back to Budapest, so everyone could go on free time and have a rest.

On Friday, we had our last day of the Our Europe Erasmus Project in Budapest. We went to school and had an amazing workshop, where first, we played some ice-breaking games. The workshop was based on sustainability. After we did the tasks, we showed the finished things to the others. This workshop was really good, and we had a great time while we were working on it. After the workshop, the Hungarian guides and all the guests went for another sightseeing tour in Budapest. When they got back, we went to eat, then back to the school, where we played all the kahoots that the nations made and showed the presentations about tourism. Right after that, we had a little Hungarian folk dance lesson. A women and two men came to teach us folk dance and play Transylvanian music. The guest really enjoyed the group dance, the dance moves and the music too. To close the week, we had a farewell dinner. We choosed some Hungarian dishes like beef stew, mushroom stew with nokedli, and for desert we ate poppy seed dough. After the dinner, we rearrenged the room and had a party. Before the party, every nation had to choose a few songs that everyone liked, so everybody had fun at the last night.