We went to the school in the morning and played with a game called Agains all odds.
The goal of the game is to survive as a refugee. Basically you have to solve problems that refugees live with every day like fitting in in a country where you don’t even speak the language, finding shelter and finding jobs. After that we waited a little for the teachers and then they showed us a traditional Cypriot dance and some songs. They showed us the plan for the week and let us go for free time where we got a tour of the school, met some of the students and we got to experience a PE lesson. After the free time, we had some icebreaking games in the gymnasium like dodgeball and volleyball. For lunch, everyone went home and ate lunch with their hosts.
In the afternoon we met up in the city and went for a long walk. They showed us old and beautiful buildings, statues and parks. We only went inside one building that was kind of like a food market, it was mostly closed but it looked really cool.
In the evening we had free time and all of the students went to a restaurant to eat together and get to know each other better. The food was great and over all we had a great time.

On this day, we had to get into the school early because we had so much work to do. We started with the presentation, and if I remember well, we were the fourth one. We had the chance to be nervous from the beginning to the end. All the presentations were interesting, but sometimes it was hard to understand, because we had to wear masks during the whole time. After this programme, they showed us around their school. It was new for me, because they have more open spaces and open hallways than our school. And one thing that I loved about their school’s appearance, is that every class door was painted, by the students. They are talented you can say that. After the tour we finished the presentations about the current migration situation in our country, we were free to go home.

Every night we had some fun program to do in the city with the students. These things weren’t in the scheduled plan. And this day we had the chance to go to one of the Cypriot girl’s house. She organized a pool party, and everybody was invited. The pool was a bit cold, but for the vibe many of us joined in. They even managed to serve a buffet dinner. They were amazing. We had a really good time there. By the way their house looked amazing. Apart from the pool, we played with csocso and had a huge karaoke party. After we finished, everybody started to go home. We went to sleep around midnight.

We started the third day at school, we met up with every one at 8 and then left with a bus to visit some cities. The first one was a smaller one but we saw a beautiful church and walked around the city on smaller older roads. When we got back on the bus we drove 1 hour more then arrived at our main destination, the capital. This city is divided into two, on side is occupied by the Turkish . We spent some time exploring the place, walked to the border where we could see the Turkish side and went to an old house which was full of interesting stuff. We had lunch separately with our friends and then met up at the bus to go to a beach. When we arrived there wasn’t much time because we needed to get back home so quickly that everyone who wanted to go in the water got in ( the Hungarians). We traveled home and spent the rest of the afternoon/ night relaxing

As usual we met at school and after a short wait we got on the bus and headed to Paphos, but stopped midway at an amphyteather with a beautiful view of the windy sea and the sorrunding mountains. After this, we went to see the famous and exquisite mosaics of Paphos. At lunchtime  the Hungaryan team went to look for reastaurants together and ended up on the seeshore eating really dealicious see food plates, and got to pet a pelican who were the cabala animal of the reastaurant.  Aftre all of this, we had the opporunity to go for a short dip in the sea near the restaurant.

On the way back to Lymassol we stopped at the infamous Aphordite’s rocks whitch is a known place for Aphrodite, the god of beauty and love appearing out if the sea.

We started at school at 7:30 in the morning. We listened to a lecture from a refugee there. Which was very interesting. He also told me that he had to flee, that he had a very hard time alone in a foreign country, and then that he would probably never see his family again. Then there was even a guest lecture on European refugees. Then we could go shopping downtown. Then the last party started towards the evening. There were typical Cypriot food and we danced a lot afterwards. 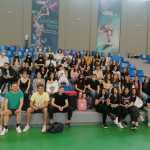 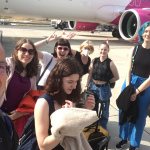 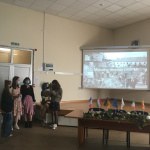 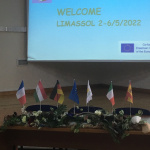 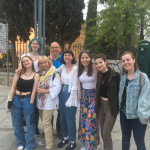 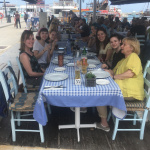 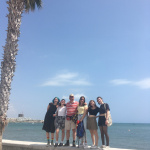 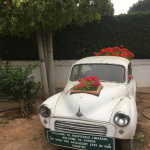 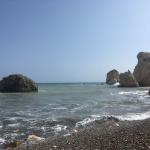 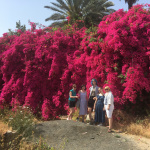 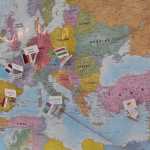 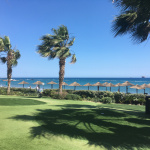 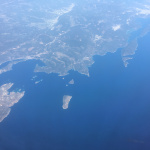 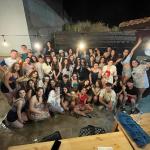 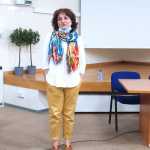 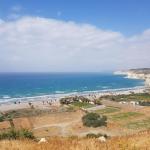