You only realize how good it was, when it’s gone. This statement totally describes my situation right now, but I’m not going to spoil the story just yet, keep reading.
Last week was pretty good. We finally started rehearsing with the band. At the concert (which will either be held on this Friday or the next Tuesday) Yagmur (in case you don’t know her, she’s a girl from the Comenius – Short Movies project) will be singing two Hungarian songs and I will be singing two Turkish songs. And the band will be formed by teachers of the school, friends from the city and Adam of course. So as we had a few rehearsals behind us, I can assure you that it will be awesome! I’m looking forward to it very much! 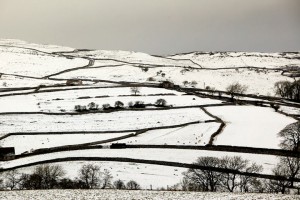 The other big news is we had the first snow last week! At first just in the mountains, but the day after it arrived to the town also. It was fun to see how the school garden was flooded by the kids of all ages bombarding each other with snowballs. Also the view of the snowy mountains painted orange by the setting sun, while the greenish waves of the sea were kissing the foothills, well, it was an otherworldly scene

But the biggest surprise got me at the end of the week. Somehow I realized that I’m not feeling like a stranger anymore. And when I’m saying that I’m not talking about my host family, because they made it pretty clear from the beginning, that I’m not a guest in their house, but a family member. What I’m referring to that I was a foreigner in the town. I wasn’t going anywhere alone, because my host family was afraid, that I would get lost or I wouldn’t understand people. But in the last few days it seemed to change. Bynow I have got to know the city likethe back of my hand, so they aren’t afraid to let me go alone to the music hall, the post office, the bakery or the stationery. I even can make short chats with the people there, so I was feeling so independent during those days.

And now we’re arriving to the point where I started. Yesterday, I got the news that we’re moving to the new house. Today. Why is it such a big deal? – You’re asking. Well, there won’t be internet in the house. Which may not sound so serious, but to me it means that there’s no communication with my loved ones for 9 days. I clearly feel that some power from up above tries to break me with taking away the heating first, then the water, then the electricity, but I stood brave during these trials. But the internet? Why, my Lord? (Yeah, I should probably write a study on how the internet took over the control of my life…)
Of course I try to see the good sides of this happening, such as there will be a central heating system in the new house (luckily, because the weather turned so cold, that I couldn’t really sleep in the last two days), and also there will be a real shower! But still none of them makes me as happy as the thought of talking to my friends. But if I can’t do a thing to hinder it, then worrying about it is totally useless and foolish thing to do. Now I’m just let the happenings to take over the control.

So fellows out there if you’re reading this, don’t worry, I’m not dead (yet), I just don’t have internet, be patient! Probably this will be the longest 9 days of my trip. And all I have left is to sing to myself: ‘What doesn’t kill you, makes you stronger…’ and ‘I am a champion, and you’re gonna hear me roa-a-a-ar.’

It was a pure pleasure to read!

Thanks master! Seems like writing these actually leads somewhere, huh? 😀

Well, actually there is a noticable improvement in your English. both in regards to style and grammar, not to mention an increased vocabulary!

So, all in all, I think it was an exercise well worth the effort.. I mean these weekly updates!